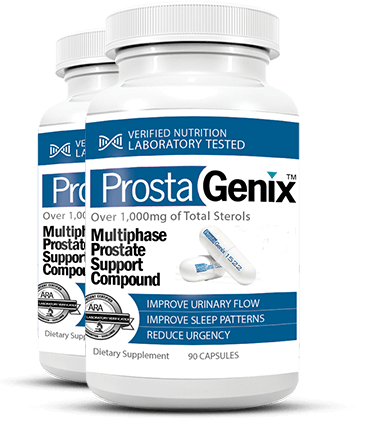 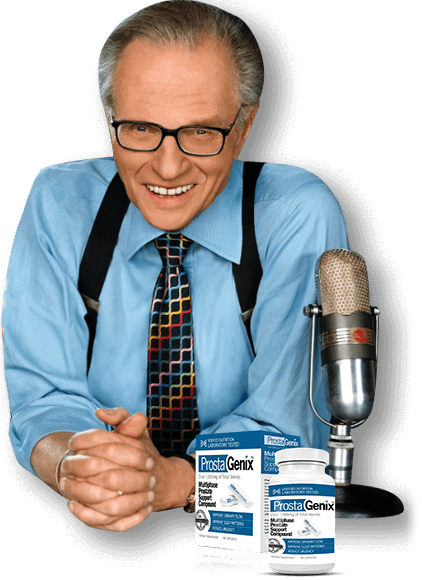 Now you can say goodbye to your nagging prostate problems and start living like a real man again thanks to ProstaGenix! Men all over the world are raving about the life-changing benefits this all natural super formula delivers. ProstaGenix is an extremely powerful all-natural supplement formulated with a proprietary form of Beta-sitosterol called BetaRexin.

This key ingredient has been proven in published clinical trials to be the most effective, and potent ingredient for improving prostate health. No other product has this incredibly effective compound as we have the exclusive worldwide rights to this one of a kind ingredient, so no other product can deliver the results you will get with ProstaGenix.

Finally, a safe, natural, pill that helps you reduce nighttime urination, reduce urgency, improve bladder emptying and a whole lot more ... including putting the spark back in romance. Click here to learn more about ProstaGenix.

One of America's Leading Urologists Strongly Recommends ProstaGenix to All Men! 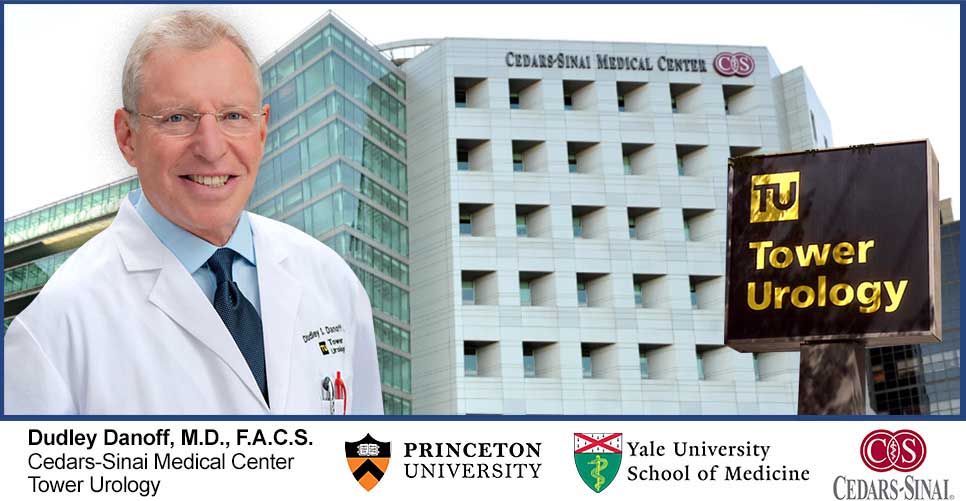 Many urologists recommend ProstaGenix. We have numerous doctors as customers as well. The medical community has embraced ProstaGenix. However, no urologist is more prominent than Dr. Dudley Danoff. He is widely considered one of the top five urologists in America! He is a Diplomate of the American Board of Urology. Think of that like being named All-Pro or to the All-Star team.

He has been written about in numerous publications from Huffington Post, Hollywood Reporter, Marie Claire, Cosmopolitan and a host of other consumer publications and medical journals. He is referred to as the "urologist to-the-stars" because of his many famous patients who have publicly praised him - from Frank Sinatra, Johnny Carson, Gregory Peck, Johnny Mathis to Bill Maher to world-famous chef Wolfgang Puck and many other big name celebrities. The TV show "The Doctors" has Dr. Danoff on frequently when the topic is urology.

Dr. Danoff has evaluated prostate supplements for many years and has never recommended any natural product to his patients. That all changed, however, when he saw firsthand the results that ProstaGenix is delivering to men all over the world. Now Dr. Danoff enthusiastically recommends ProstaGenix to all men with prostate health concerns.

Here is a brief overview of Dr. Danoff's career.

Dudley S. Danoff, MD, FACS, is a Diplomate of the American Board of Urology and Fellow of the American College of Surgeons. He graduated from Princeton University summa cum laude, Phi Beta Kappa, and from the Yale University School of Medicine. Dr. Danoff completed his urologic training and fellowship at Columbia University Presbyterian Medical Center. He served as a major in the U.S. Air Force, after which he joined the Clinical Faculty at the UCLA School of Medicine. He is currently the attending urologic surgeon and founder/president of the Cedars-Sinai Medical Center Tower Urology Group. He has seen over 200,000 men in his amazing career. He is the author of two top selling books on men's health, and is a frequent expert guest on TV and radio shows.

Real Men... Real Results Hear From REAL Customers Who Were Once Struggling With Prostate Issues Just Like You, Until They Ordered ProstaGenix and it Changed Their Life! You Can't Fake These.

We have THOUSANDS of success stories, because ProstaGenix Really Works. But Don't take our word for it ... our customers (not actors like the other companies use) say it better than we could. Here are just a few.

“Was Getting Up 3 Times a Night.... Not Anymore” Hear Bobby's Amazing Story

"PSA went from 16.2 to 6.4 in less than 3 months. This product really works!" Watch Willie's Life-Changing Story

YES! I Want To Try ProstaGenix & Enjoy Life Again!
Was Getting Up 5 Times a Night. Libido is BACK!!! Watch Keith's Life-Changing Story

Was getting up 15 to 20 times a night! Within 2 to 3 days the pills worked. Now sleeping through the night. Watch Gary's Life-Changing Story

“I'm back to living a natural life again thanks to ProstaGenix. Taking over a year and I personally guarantee it!” Watch Jack's Incredible Story

“Afraid to go to doctor. Getting up to go. Always having to go. MY LIFE CHANGED!! No more looking for the bathroom all the time!” Watch Ahmad's Life-Changing Story

A friend told him about ProstaGenix. He was getting up every hour. Friend told him to watch Larry King TV Show. Watch Jessie's Testimonial Story

“Tried 40 different pills. None Worked. Had prostate problems for 17 years! Was getting up 9-10 times a night! I’m a NEW MAN!” Watch Wayne's Incredible Story

“I don’t have to jump up at night so many times. It’s been a blessing to me.” Watch Vincent's Life-Changing Story

Was going 5 to 6 times at night – now very rarely gets up at night ever! And has more energy to do more work for God. Watch Daniel's Life-Changing Story

One of our first customers. Getting Up 4 times a night, now down to 1 or None. Watch Merle's Testimonial Story

We Have Thousands Of Testimonials.

New ones come in every day. Real men just like you. So you don't have to take our word for how fantastic ProstaGenix works. You don't need to read the science and the long studies. No need to believe the lab test competition we won (by a wide margin) over 157 products from 16 countries.

And forget about the awards we have won. Forget that Larry King and America’s #1 urologist put their reputations on the line to recommend ProstaGenix. Just watch and listen to what real customers, guys probably like you or your buddies, have to say. Look them in the eye and see if they are telling the truth – you decide.

These Men Are Not Actors!

As you can clearly see – these men are not actors. Some stumble – some are awkward – some seem nervous – but that’s because they are REAL. They were not paid one single penny. These men are so happy with what it has done for them, that they want to let other men know it’s the real deal and not the standard BS you see elsewhere. Every day we get thank you calls and emails from delighted customers are sky-high about how it has changed their life! Thousands of men are not lying. They are not putting their name, their face, their Facebook page, their location and their good names on the line... unless it was the REAL DEAL. It is. The quicker you order – the quicker you will start feeling like your old self again too. Imagine how great these guys feel – you can see it in their face - now it's Your Turn! Order now. 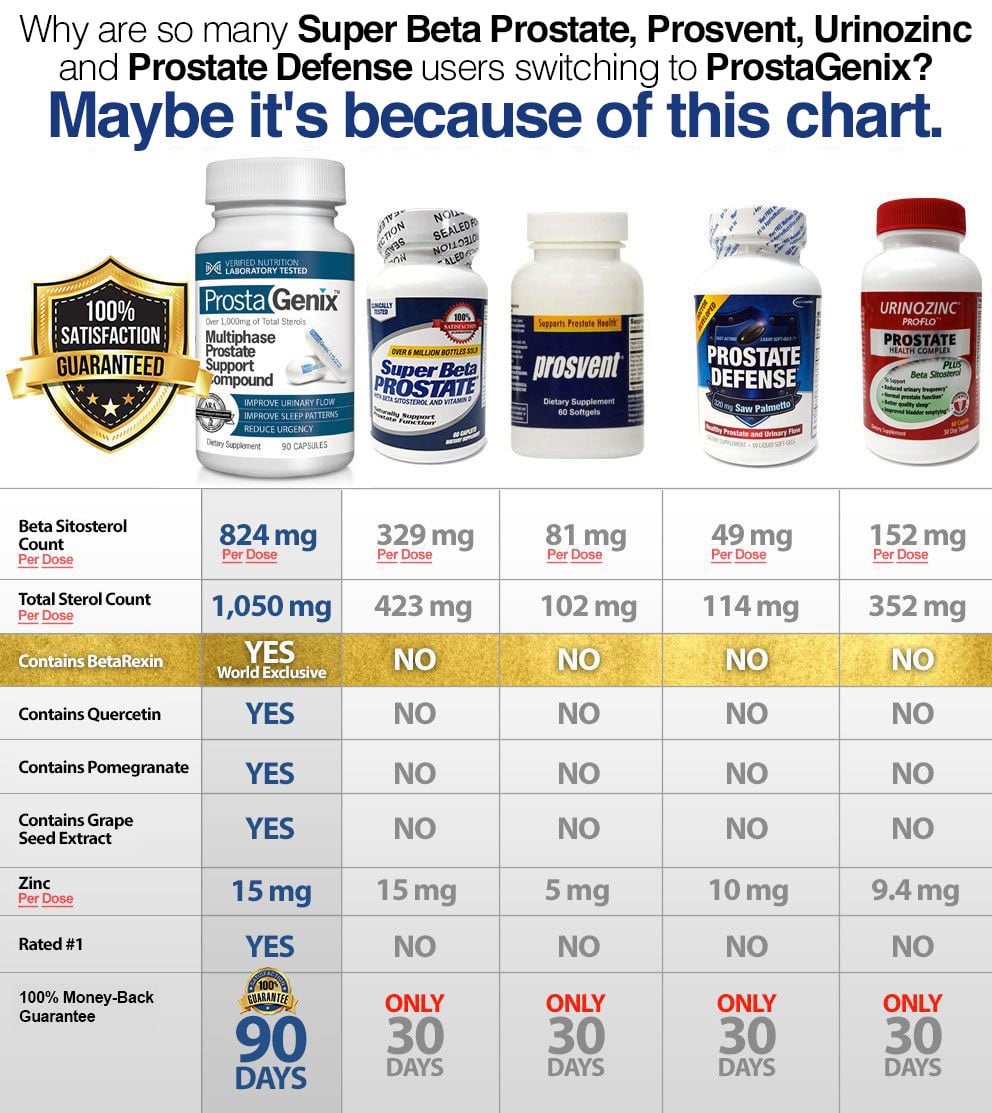 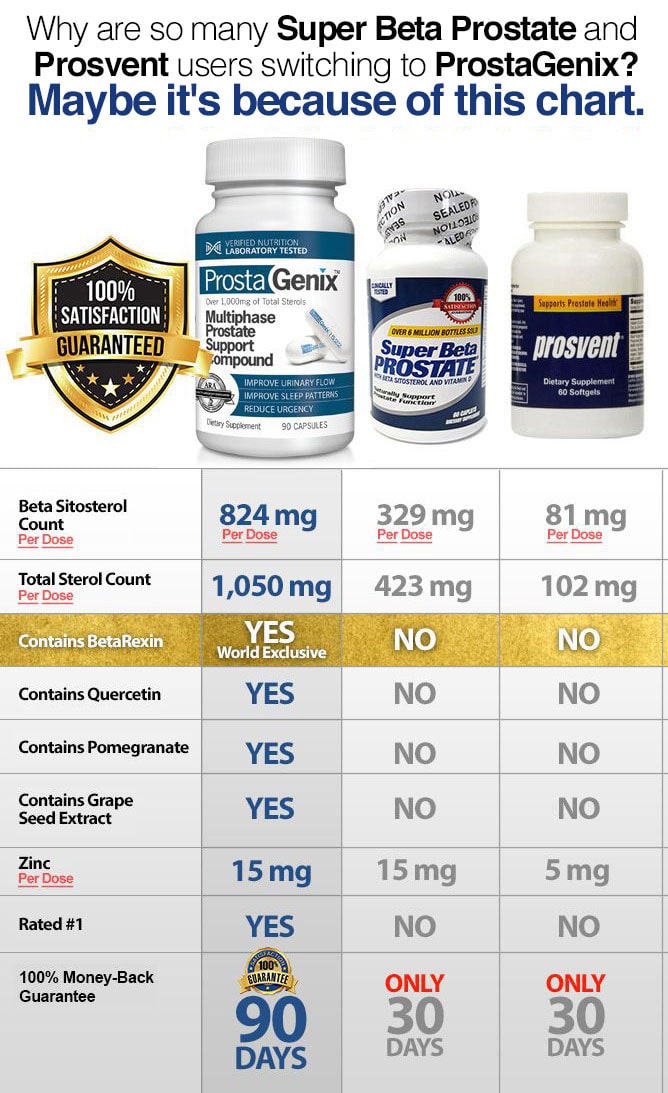 This chart shows how we compare to the leading prostate supplements sold on TV and in stores in America. As you will see there is really is no comparison. For example, ProstaGenix has over 10 times the amount of Beta-Sitosterol than Prosvent. No wonder so many men are thanking us. Just read our testimonials!

Larry King Was So Impressed He Did An Entire TV Show About ProstaGenix! 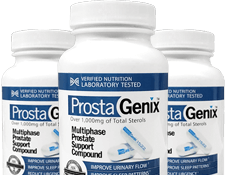 Larry King had tried a number of different prostate products over the years and nothing really worked for him. Then he tried ProstaGenix and it literally changed his life, and changed it fast!

He can now sit through a baseball game without getting up to go to the men's room. He doesn't have to look for a bathroom all the time. His urgency is greatly reduced. He doesn't get up four and five times a night like he was.

And his romantic life ... Larry now likes to say, "The King is Back!".

Everything changed for Larry once he started taking our revolutionary formula, just like it has helped change the lives of thousands of men all over the world.

Larry was so amazed at the difference, he decided to do an entire TV show to inform other men of how fantastic our prostate supplement really is!
America's #1 Rated Urologist, Dr. Dudley Danoff on ProstaGenix

In This Video, Dr. Danoff Discusses: